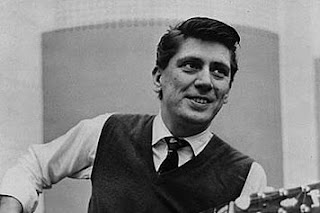 Talmadge Farlow was born in in 1921. His household was a musical one. His father played the guitar, banjo, ukulele, violin, and clarinet. His mother played the piano. When Farlow was eight, his father showed him a few chords on a mandolin tuned like the top four strings of the guitar (but an octave higher). Farlow’s father liked to tinker with electronics, and the boy also became interested.

Apart from these few chords, Farlow received no formal musical training. He did not begin to play the guitar seriously until he was twenty-one, when he first heard Art Tatum on the radio. Tatum’s jazz music fascinated Farlow, who grew up hearing and playing the country or hillbilly music favored locally. His exposure to the music of Benny Goodman and especially Charlie Christian and the electric guitar he played galvanized Farlow’s childhood hobbies into focus. Farlow was fascinated with the possibility of playing sophisticated harmonies and melodic horn lines and with the sound of the new electric guitar. He collected every Christian record and learned every solo from them, note for note. The radio also gave him access to the music of saxophonist Lester Young. Young was influential in the evolution of , jazz, with its relentless, high-energy attack and its new, extended lines, both elements that would be mainstays of bebop. At this time Farlow’s other childhood interest, electronics, came into play, and he built his own guitar pick-up from a pair of old radio headphones and ran it through a $20 Sears and Roebuck amplifier.

Farlow had been trained to paint signs, and so he became the early part of his professional life, painting signs during the day and playing with various dance bands in the area at night. As often as not, he was recruited to play not only for his ability to play advanced chords and lead solos, but also for his ability to play bass lines. This skill developed in response to professional necessity, but it would help to shape the solos of the mature musician.

Many of the musicians who passed through the Air Corps basic training facility in heard Farlow at the USO dances and many, including guitarist Bucky Pizzarelli and pianist Jimmy Lyons encouraged him to move north and pursue a jazz career. A 1944 tour with singer/vibrophonist/pianist Dardanelle Breckenridge’s group brought Farlow to , and, finally, . A six month gig at the Copa Lounge gave Farlow the opportunity to hear great jazz first hand including that of Charlie Parker, Dizzy Gillespie, Art Tatum, Oscar Pettiford, and Bud Powell, among others.

Farlow returned to and his sign-painting business in 1945 but, by 1947, was back in again, painting signs to feed himself while he waited the activation of his union card. During this time he got his first big break, replacing Mundell Lowe in vibist Red Norvo’s trio, which included Charles Mingus on the bass. His relationship with Norvo lasted from 1949 until 1953, and made Farlow famous in the jazz world. Farlow’s large hands and his ability to play lightning fast lines earned him the nickname “Octopus.” After Norvo, Farlow spent six months with Artie Shaw’s Gramercy Five band before forming his own band.

Norvo had been absolutely critical in Farlow’s musical development. Every mindful to draw the best results from the trio by creating the greatest variety of context and interest from the songs, he pushed Farlow to greater exploration but also to greater speeds in his linear playing. Like so many of the musicians who grew up under the influence of Charlie Christian, Farlow had favored a more relaxed approach to attack and speed. He struggled first with the new demands but rose to the challenge, in the process developing new plucking techniques that included using the upstroke as well as the down stroke. When Barney Kessel heard Farlow’s speed, he recalls that it forced him, and nearly every other guitarist, to rethink his right-hand technique. Farlow recorded 21 tracks with Norvo and several more with Shaw, but it was the recordings with his own band that established Farlow on the national scene. These recordings, for Blue Note and Verve, made between 1954 and 1959, which also represent the treasure trove of his legacy.

In 1958, Farlow retired to Sea Bright, , and from performing. Tired of the music business and the jazz world, he simply returned to the peaceful life as sign painter. Although not performing, his star would hit its zenith in recordings in 1962, when the Gibson Guitar Corporation enlisted his expertise in designing the guitar named for him. He would make only one appearance to record in the years between 1960 and 1975. From 1976 to 1984 he recorded somewhat regularly for the label, and then largely disappeared back to .

Farlow was known as much for his reluctance to perform as for his superlative abilities on the guitar. He is closest stylistically to the quintessential bop guitarist, a tall order on an instrument not well-suited to play horn-like lines at horn tempi. His technique was unorthodox as were the unusual voicing and inventive structures of his solos, which invariably utilized the full range of the instrument, and his chromatic chords. The sum of his music style bespeaks the sum of his experiences and the size of his hands, beginning with the “thumb-over” left hand technique that stayed as a vestige of his early days playing the mandolin, to the full use of range that reflected the necessity to learn to play bass lines in the early dance band days.

Posted by Richard Metzger at 7:08 PM