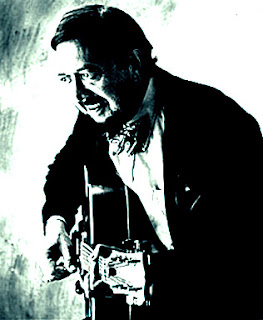 Barney Kessel was born October 17, 1923 in . He first encountered the guitar in the window of a music store that he passed on his paper route, and from first glance fell permanently in love. His skills, which were self-taught and based upon the guitar work he heard on the radio in contemporary Texas Swing, were substantial at an early age.

Kessel’s professional career began as a teenager. By 1937, he quit school at age fourteen to play in dance bands in , most notably Ellis Ezell’s. Here he stood out not only on the basis of his young age and remarkable talent, but because he was the only white member of all-black bands. The experience also brought into his musical awareness the developments in Kansas City jazz, the run-you-over attack and the type of melodic lines that were later so instrumental to the formulation of bebop. The aggressive tempi of jazz also affected the jump bands at the end of the 1940s and the rock ‘n’ roll styles of the 1950s.

He soon abandoned in his playing the emphasis on vibrato found in the pedal steel/guitar Texas Swing (later country western) he heard growing up. In place, he started to develop a style marketed by clear and aggressive lines similar in structure to the lines hear in the playing of Coleman Hawkins, Lester Young, and others who showed the way to the Bop style brought to full fruition by Charlie Parker and Dizzie Gillespie.

Charlie Christian, another native of , was also among Kessel’s musical models. Christian had not only already made the giant step of reconciling idiomatic horn lines to the guitar, but also was the first to have established, as part of Bennie Goodman’s band, the electric guitar a viable front line (solo) instrument. The two met in a jam during one of Christian’s visits home, and Kessel had, as the result of the session, the revelation that he had unconsciously absorbed from records into his own playing every tenet of Christian's style.

The experience gave the Kessel two critical gains: he resolved to find his own voice by developing his own style and he made a new friend in Christian. To the end of realizing himself, he followed Christian’s advice and moved in 1942 to to find a different kind of work and exposure to different kinds of music. Soon after arriving, he found employment with Chico Marx’s band, at the time led by Ben Pollack, and he recorded his first tracks within a year for this band.

By 1944, Kessel left the Marx band to join that of Charlie Barnet, and that summer he was featured on the bands commercial hit recording “Skyliner.” Barnet was a bandleader friendly to the guitar, and later he would have another young star in his organization, Joe Pass. In the same year Kessel was cast in a short feature, “Jammin’ the Blues,” produced by Norman Grantz and nominated for an academy award. Hence Kessel participated in a musical video decades ahead of when music videos became a common commercial tool. As the only white member in the all-black band, Kessel had to sit in the shadows so that his face could not be seen.

By the fall of 1944, Kessel added to his employment a seat in Artie Shaw’s orchestra. Between joining and 1946, Kessel record for Shaw no fewer than 70 tracks, and several of the gentler swing tracks are reminiscent of the playing of his friend and mentor, Charlie Christian, who had died in 1942 of tuberculosis.

In 1946, Kessel had also joined Benny Goodman’s band, taking the seat once filled and indeed innovated by Christian, and this period was split among the bands of Barnet, Shaw, and Goodman. Kessel’s musical activities, then, placed in squarely in the Swing genre, made him well-known in musical circles, and even gave him the chance to accompany some of the great jazz legends, including Billie Holiday.

The melodic structures idiomatic to the guitar that Christian and he had absorbed from Texas Swing and the clarity of line, aggressive attack, and killer tempi absorbed from jazz predisposed both Christian and Kessel to be able to make the leap into bebop. Christian experimented in private jams with jazzmen but remained stylistically true to Goodman’s brand of hot Swing in public performances. Kessel played the Swing tunes required of him in his various band jobs and built his reputation on Swing. Even so, the Bebop possibilities are inherent in the playing of both men, even in the Swing recordings.

Bop stylistic traits were inherent in Kessel's playing throughout his career and across most of the different styles in which he played. These traits were manifest in his long lines, modeled upon those of Hawkins and other Bop pioneers, with their unusual pause points and characteristics that seemed more idiomatic to the sax and horn than the guitar. Although generally regarded as a bridge between Swing and Bop, he astounded the music world in 1947 by actually playing Bop on four songs with the Charlie Parker All Stars. The Charlie Parker All Stars were actually headed by Lionel Hampton, a colleague from Kessel's days with the Benny Goodman Band. The L.A. Times jazz critic, Nat Hentoff, assessed Kessel as "a guy who could sit in and play with everybody. He had what jazz players call 'big ears,' meaning he had a great capacity to listen and to respond musically to what he was hearing." From 1948 to 1951, Kessel’s music represented yet another complete stylistic change in direction, and he devoted these years to studio work backing crooners and commercial jazz singers such as Mel Torme, among others.

In 1953, Kessel joined what would become one of the music important groups as far as jazz guitar was concerned, the Oscar Peterson Trio. The trio also included bassist Ray Brown, a frequent sideman to Charlie Parker and later to guitarists and Herb Ellis. The Oscar Peterson Trio served a variety of functions, standing alone as a trio but also serving as back-up, often augmented by other musicians, for notables such as Billie Holiday, Ben Webster, Lester Young, and others. During this time Kessel also began to record with small bands (combos) that he put together for each of the sessions. Kessel's indebtedness to Django Rheinhardt is also evident in some of his recordings. Here the use of guitar and violin is conscious homage to the Stephan Grappelli-Django Reinhardt duo.Kessel, Ellis, and Pass were also friends, and Kessel and Ellis undertook duet projects similar to those found on the now famous Ellis-Pass recordings such as 7 come 11.

Kessel wore many professional hats. To remain financially afloat, he had parallel careers as arranger and studio musician. He is the first to have produced an album in which only guitar and bass were used to accompany a singer. He arranged and played in 1955 and 1956 on Julie is Her Name, a record featuring Julie London. The record became a huge commercial success and one of the tracks, “Cry Me a River,” is found on this record in its definitive form. Kessel’s studio work was not limited to jazz, and he is heard on commercials and television and movie soundtracks, as well as records outside the jazz genre backing singers such as Elvis Presley, the Beach Boys, The Monkees, Liberace, Frank Sinatra, Dean Martin, Sam Cooke, Low Rawls, and hundreds of singles for Phil Specter.

Julie London with Barney Kessel, "Cry Me a River"

Posted by Richard Metzger at 7:15 PM